To share your memory on the wall of Michael MURRAY, sign in using one of the following options:

Michael was a truly loving and ... Read More
MURRAY, Michael Elevert, affectionately known as ‘Mike Lawry’, was born on March 13, 1979 to Donna Ann Murray and Alvin Michael Newberry in Dayton, Ohio and passed away unexpectedly November 10, 2020.

Funeral service will be held at 11:00 am, Friday, November 20, 2020, at Thomas Funeral Home, 4520 Salem Ave., Trotwood, Ohio 45416. The family will receive friends one hour prior to service. Final disposition: Cremation. Online condolences may be sent to the family at www.thomasfunerals.com
Read Less

To send flowers to the family or plant a tree in memory of Michael E. MURRAY, please visit our Heartfelt Sympathies Store.

Receive notifications about information and event scheduling for Michael

We encourage you to share your most beloved memories of Michael here, so that the family and other loved ones can always see it. You can upload cherished photographs, or share your favorite stories, and can even comment on those shared by others.

Posted Nov 19, 2020 at 12:04am
We love you always and forever, your niece and nephews amerikal (tutu) Harris, Quentin (baby) harris and Christopher (jr) Palmer

Flowers were purchased and a memorial tree planted for the family of Michael MURRAY. Send Flowers 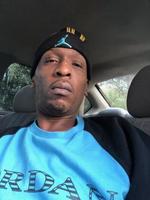