To share your memory on the wall of Marvin MOORE, sign in using one of the following options:

Although Marvin had a quiet presence, he was notorious for those who knew him to make very random humorous remarks. He was relaxed and laid back but enjoyed the thrills of an amusement park and roller coasters with his family. Marvin was also better known as “Dapper Dan” for being well groomed and dressed in a fancy and elegant manner. In younger years he enjoyed playing tennis and was a member of Dayton Tennis Club. In addition, his most favorite pastime was watching television specifically movies and football as he was an avid Cleveland Browns fan. He enjoyed having the most up to date electronics and big screen televisions, keeping up with the newest cars and listening to many genres of music like jazz, rhythm and blues and gospel.

Funeral service will be held at 11:00 am, Wednesday, August 5, 2020, at Believers Christian Fellowship Church, 3010 McCall St., Dayton, Ohio 45417, with Reverend Dr. William E. Harris, Jr. officiating. The family will receive friends one hour prior to service. Interment: Woodland Cemetery and Arboretum. Arrangements entrusted to THOMAS FUNERAL HOME, 4520 Salem Ave. Online condolences may be sent to the family at www.thomasfunerals.com

To send flowers to the family or plant a tree in memory of Marvin D MOORE, please visit our Heartfelt Sympathies Store.

Receive notifications about information and event scheduling for Marvin

We encourage you to share your most beloved memories of Marvin here, so that the family and other loved ones can always see it. You can upload cherished photographs, or share your favorite stories, and can even comment on those shared by others.

Love forever, Shirley "Myrick" Daniels and Family, James and Niki Reid, and other have sent flowers to the family of Marvin D MOORE.
Show you care by sending flowers

Posted Aug 05, 2020 at 10:58am
Wishing you peace to bring comfort, courage to face the days ahead and loving memories to forever hold in your hearts of this amazing Man! I love you

Flowers were purchased for the family of Marvin MOORE. Send Flowers

Posted Aug 04, 2020 at 10:05am
So sorry for your loss..Marvin fought a long fight..Prayers and blessings to you and your family..Dale,Cathy, Shay and Nikki Smith
Comment Share
Share via: 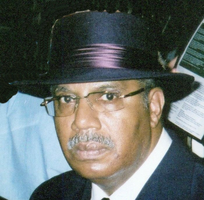