To share your memory on the wall of Edward BLAKE, sign in using one of the following options:

Print
Sunrise...A stroll down memory lane and his joy in the morning...

EDWARD JAMES BLAKE...Our Eddie, Her Ed, and their Popeye

Eddie was a native of Dayton, Ohio born on Sunday, January 2, 1949 to parents Robert and Dorothy Blak... Read More
Sunrise...A stroll down memory lane and his joy in the morning...

EDWARD JAMES BLAKE...Our Eddie, Her Ed, and their Popeye

Eddie was a native of Dayton, Ohio born on Sunday, January 2, 1949 to parents Robert and Dorothy Blake. Ed shared his love and laughter with us for 71 years and transitioned peacefully on the morning of July 10th at 10:11 am in his home with his wife, Karen by his side; to which he married, in October 1991. He was preceded in death by his parents Robert and Dorothy Blake, his son, Edward Blake, Jr, daughter, Dorothy Blake, brother Roger L. Blake, sister, Gwendolyn Blake, brother Ronald E. Blake, Sr. and son, Robert Blake.

Growing up he was rambunctious and adventurous. He and his buddies were always into something and of course his little brother was always at his side. He was very protective of his younger brother and especially his sisters. Man, everybody knew not to mess with those Blake girls. And they did not! He attended Dunbar High School and never let us forget growing up that he was a "WOLVERINE!" His hobbies included dancing, dressing to the 9's, bowling, working on cars, video games...yes, of course those were hunting and fishing games but most of all he loved going fishing. He loved going fishing with his brother Ronnie and his buddies. He had 5 boats! He would participate in the fishing tournaments and could not wait until spring so he could head north to Lake Huron, ride the waves on Lake Maumee and catch those giant walleyes that he would filet on the spot! It didn't matter where he fished. He found comfort and peace while doing that and he was happy anywhere that he could throw a line. He also enjoyed football and was an ADVID BENGALS fan! And ain't nobody messing with dat!

After high school Ed decided to dedicate his life to his country and enlisted in the military. He entered the United States Marines Corp in May 1969. Corporal Edward J. Blake served his country during the Vietnam war fighting to preserve our freedoms until April 1973 and then transferred to the Marine Corps Reserves and was the Small Arms Proof Director. He was a 0311 Specialty Rifleman and received the National Defense Service metal, the Vietnam Service Metal, the Vietnam Campaign Metal w/devices, the Navy Achievement Metal w/combat V, Good Conduct Metal, and the Combat Action Ribbon. Ed was a proud Marine. He believed in the importance of service as he honorably wore the eagle, the globe, and the anchor. The Few, the Proud, the Marine...he honored every aspect of it. He is still a Marine. Semper Fi, Always faithful and flexible. Just in a different uniform, quietly resting in a different phase of life.

Ed was a hard worker. He was employed by the Miamisburg Mound for over 25 years and also worked at GM Truck and Bus until it closed in 2008.

To send flowers to the family or plant a tree in memory of Edward BLAKE, please visit our Heartfelt Sympathies Store.

Receive notifications about information and event scheduling for Edward

There are no events scheduled. You can still show your support by sending flowers directly to the family, or planting a memorial tree in memory of Edward BLAKE.
Visit the Heartfelt Sympathies Store

We encourage you to share your most beloved memories of Edward here, so that the family and other loved ones can always see it. You can upload cherished photographs, or share your favorite stories, and can even comment on those shared by others.

Montgomery County Office of Reentry sent flowers to the family of Edward BLAKE.
Show you care by sending flowers

Posted Jul 18, 2020 at 07:15am
To the Edward Blake family in support of Deboria and Keith Harrison , we offer condolences and prayers from the staff of the Office of Reentry . 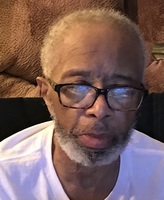