To share your memory on the wall of Clarence CAESAR, sign in using one of the following options:

To plant a memorial tree in honor of Clarence CAESAR, please visit our Heartfelt Sympathies Store.

We encourage you to share your most beloved memories of Clarence here, so that the family and other loved ones can always see it. You can upload cherished photographs, or share your favorite stories, and can even comment on those shared by others.

Posted Jan 07, 2020 at 06:17pm
Mrs. Caesar, Valerie and Frank, I just learned of Joey's passing today. I am so very sorry for your loss and heartbroken for all of you. I would not have missed Joey's service for anything, if I had known. Please accept my deepest condolences. I have nothing but very fond memories of Joey, of all of you and of good old Cone Court. Do you still listen to Nancy Wilson, Laura Nyro and Credence Clearwater Revival Mrs. Caesar? I remember making homemade pizza in your kitchen, listening to music, singing songs and that barking little dog you had. Killer or Spike or something like that. I hope that all your great memories of Joey comfort you in this time of loss. You are all in my heart and in my thoughts. love, Mark Tuss.
Comment Share
Share via:
JS

Posted Dec 26, 2019 at 01:29pm
Joey, as we knew him in high school, was a smart, friendly and likable guy. Very active in extracurricular activities too. Condolences to his family. May he Rest In Peace. John Sweeterman
Comment Share
Share via:
DR

Posted Dec 24, 2019 at 10:24am
May the wonderful memories of Joey forever be in your hearts Strength and Love, Antoine and Denise Roberts

Denise Roberts purchased flowers for the family of Clarence CAESAR. 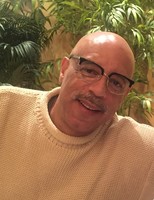