To share your memory on the wall of Christine HARRIS, sign in using one of the following options:

Around the age of 13 years old, due to a health condition, she moved to Lexington, Kentucky. She later met Henry Overstreet. God blessed this union with the birth of several beautiful children. Christine later moved to Dayton, Ohio where she met and married Murry Harris Jr. From this union, God blessed her again with more children. Christine was now the mother of twelve loving children in which she adored greatly.

Christine worked odd jobs, often as a housekeeper. She was also a homemaker and loving mother to her children. In her spare time, she loved to travel. She would often take bus trips with friends to various places. One of her most favorite and memorable trips was to Atlantic City, New Jersey. She spoke of it often and longed to go back there one day. Christine also enjoyed, playing cards, listening to music and spending time with family and friends. Simply being together with those she loved and those that loved her warmed her heart. She will be greatly missed, but she will never be forgotten.

Funeral service will be held at 10:00 am, Saturday, October 3, 2020, at Thomas Funeral Home, 4520 Salem Ave., Trotwood, Ohio 45416. The family will receive friends one hour prior to service. Interment: Woodland Cemetery and Arboretum. Online condolences may be sent to the family at www.thomasfunerals.com
Read Less

To send flowers to the family or plant a tree in memory of Christine HARRIS, please visit our Heartfelt Sympathies Store.

Receive notifications about information and event scheduling for Christine

We encourage you to share your most beloved memories of Christine here, so that the family and other loved ones can always see it. You can upload cherished photographs, or share your favorite stories, and can even comment on those shared by others.

Shane and Tavy Adams sent flowers to the family of Christine HARRIS.
Show you care by sending flowers

Posted Sep 25, 2020 at 08:44am
The scripture states "The span of our life is 70 years, Or 80 if one is especially strong." Your loved one encompassed that thought. Please let the wonderful memories comfort you today and in the days ahead.
Comment Share
Share via: 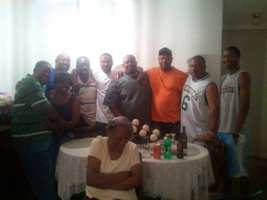 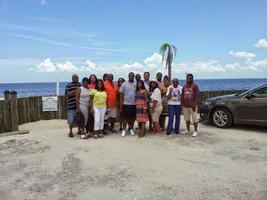 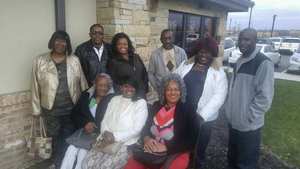