To share your memory on the wall of Bruce BRINSON, sign in using one of the following options:

After being discharged from the Air Force, Bruce became a procurement agent for the Defense Construction Supply Corporation in Columbus, where he worked for 34 years before retiring in June 1985. Bruce was an ordained minister in the Baptist Church attending Mt. Olivet Baptist Church in Columbus and was also very active in the community volunteering countless hours at St. Stephens Community Center and coaching for the Linden Eagles football and baseball teams.

As a husband and father, Bruce loved his wife and children and valued education. Bruce was a responsible provider, hard worker and dedicated husband and father taking care of his family and providing opportunities for his children to pursue music, sports and education. Bruce was quiet, intelligent and always there if you needed to have an intellectual conversation or an unbiased opinion.

Bruce is survived by his sisters, Laverna, Nancy, Betty, Carolyn and Deloris and brother Donnie and his children Valerie, Laverna and Bruce, Jr. as well as a host of nieces, nephews and grandchildren. Married for over 63 years, he will be greatly missed by his family, friends, neighbors and Mt. Olivet Baptist Church Family and everyone who knew him.

In lieu of flowers you make make a donation in the name of Bruce A. Brinson, Sr. to Paul Quinn College, Dallas, Texas.
Read Less

To send flowers to the family or plant a tree in memory of Bruce Allen BRINSON Sr., please visit our Heartfelt Sympathies Store.

Receive notifications about information and event scheduling for Bruce

We encourage you to share your most beloved memories of Bruce here, so that the family and other loved ones can always see it. You can upload cherished photographs, or share your favorite stories, and can even comment on those shared by others.

Posted Sep 02, 2020 at 08:31pm
I knew Bruce Sr. Bruce JR. Bruce Jr. & I were in the Cub Scouts years ago. Mr. Brinson was the Scout Master & we met at his house on 24th ave. In Columbus, Oh. Bruce JR. & I attended grade school at Hamilton Elementary not far from their residence
Comment Share
Share via:
KB

Posted Sep 02, 2020 at 06:30pm
My name is Kenneth Barrett. I am a childhood friend of Bruce Brinson, Jr and Laverna "Bonnie" Brinson from 24th Ave. I want to pass along my condolences on the passing of your father. He is with the father now. May the prayers continue to guide the children in their life.
Comment Share
Share via:
HU 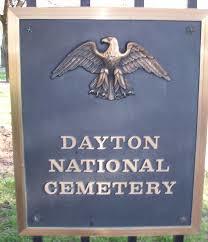 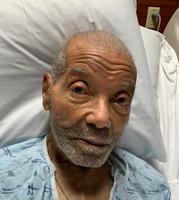 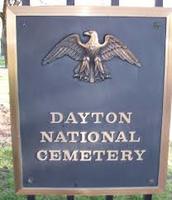