To share your memory on the wall of Anthony EWING, sign in using one of the following options:

Anthony graduated from Northmont High School in 2014 and joined the United States Air Force in November 2017. Before enlisting in the military, Anthony pursued his passion for playing soccer at the collegiate level. Anthony often expressed his love of soccer on and off the field, and was often referred to as the ‘entertainer’ on the pitch. His athletic ability, tactical skills, speed, agility, and charisma mesmerized spectators. During his transition into the Air Force – Anthony joined the intramural team and continued with his love of the game and continued to entertain.

Anthony completed Air Force Technical School and excelled as a Dental Lab Technician. He achieved the rank of Senior Airman and was beloved by every airman in his unit. Anthony was frequently the first to volunteer when asked by his commanding officer and did so with enthusiasm, charm, and joy.

Anthony had a smile that lit up a room with dimples to match. People gravitated towards his magnetic personality and made those he loved feel special. Anthony was a trend-setter with his high fashion sense and unwavering confidence. He was a natural jokester that made everyone laugh and brought joy, love, camaraderie to whoever crossed his path. Anthony had this ability to engage and create a relationship with anyone. He enjoyed camping with family, playing chess and cards, online gaming, and traveling with family and friends. Many didn’t know the depth of Anthony’s intelligence – he had the uncanny ability to read an entire novel within a day. His mother would often refer to him as a nerd – which isn’t a term he embraced. Anthony wasn’t your ‘traditional’ nerd and hid it behind his swag and athleticism.

Anthony inherited the nickname ‘Lil Rat’ from his dad at an early age -- this quickly became part of his identity. All of his friends affectionately referred to him by this name – both new and old. Anthony had a heart of gold and truly loved his family. Anthony often spoke of his close relationship with his mom, dad, and sister. He was the best brother, role model, and best friend to his sister. Their bond was unbreakable!

To send flowers to the family or plant a tree in memory of Anthony Richard EWING Jr., please visit our Heartfelt Sympathies Store.

Receive notifications about information and event scheduling for Anthony

We encourage you to share your most beloved memories of Anthony here, so that the family and other loved ones can always see it. You can upload cherished photographs, or share your favorite stories, and can even comment on those shared by others.

Dan & Tammy Dorsten, Cynthia Johnson, and other have sent flowers to the family of Anthony Richard EWING Jr.
Show you care by sending flowers

Posted Nov 20, 2020 at 02:10pm
OMG we are so so sorry for your loss. This is totally unbelievable. He was such a nice and bright young man with a lot of promise. He was always energetic and had a smile and charisma that would light up a room. we are heartbroken to hear this news. Anthony will be sorely missed, but we have all the GREAT memories and was blessed with his presence. Our thoughts and Prayers go out to the family and all the friends and people he touched. so sad.
Comment Share
Share via:
SM

Posted Nov 14, 2020 at 10:24am
I'm so so sorry for the loss of Lil Rat. The main thing I remember about him was his smile & humbleness. He will still be smiling bright while looking over you all. Love you all, Shyra Miliner
Comment Share
Share via:
TG

Posted Nov 13, 2020 at 12:57pm
We are thinking and praying for you during this difficult time. Love, Mark, Jocelyn, Brandon, Jordyn and Kyle

Posted Nov 13, 2020 at 12:28pm
Our hearts are broken for you. This comes with much love & deepest sympathy. Our thoughts & prayers are with you. Love , The Dorsten Family

Posted Nov 13, 2020 at 11:55am
We are so sorry to hear about Lil Rat. We pray that God gives you and the family the strength and comfort you need to get through this difficult time. We are here for you all. You are in our hearts and prayers! 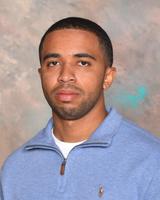 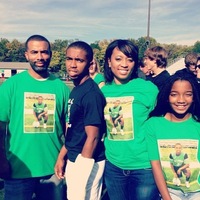 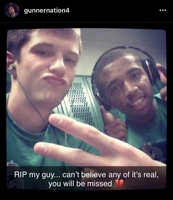 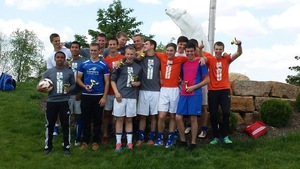